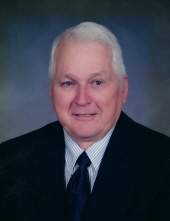 Archie was born on April 24, 1932 in Sardis, Mississippi to Marshall and Ada Cagle. He bought Howard D. Happy Company of Paducah in 1971, changing the name to Cagle Business Systems in 1982. He retired in 1992 but later purchased and operated Odorite Fragrance, which he renamed C-Air. He finally retired in 2016 after selling the business. Archie was a member of the Concord Lions Club, Rotary Club, and Jaycees. He was a Duke of Paducah, a Paducah Ambassador, a Kentucky Colonel and a volunteer with Lourdes Hospital. He was a member of First Baptist Church of Paducah.