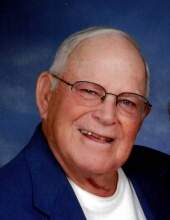 Billy Don Hollowell age 80, of Lone Oak passed away at 7:31 p.m. Sunday, December 2, 2018 at Mercy Health Lourdes. Billy Don was a member of Lone Oak Church of Christ. He was a graduate of Lone Oak High School in class of 1956 and a graduate of Murray State University. Billy Don was retired from USEC and formerly worked at Modine. He was avid golfer at Rolling Hills Country Club and loved Kentucky Wildcat Basketball and had opportunity to attend many SEC Tournaments. He enjoyed his winter trips to Florida and playing golf with his friends.

Expression of sympathy may be made to the Lone Oak Church of Christ Family Life Center, 2960 Lone Oak Road, Paducah, KY 42003.