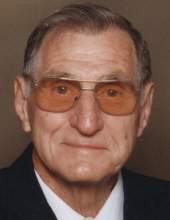 Mr. Ross was a member and a Deacon of Lone Oak Church of Christ. He was a retired maintenance mechanic for Union Carbide/Martin Marietta. He was a U.S. Army WWII veteran, a KY Colonel and an avid UK basketball and St. Louis Cardinals baseball fan.

Funeral services will be held at 1:00 p.m. on Tuesday, March 21, 2017 at Lone Oak Chapel of Milner & Orr Funeral Home and Cremation Services with Paul Wingfield officiating. Burial will follow at Woodlawn Memorial Gardens.

Visitation will be held from 11:00 a.m. until the service time of 1:00 p.m. at Lone Oak Chapel of Milner & Orr Funeral Home and Cremation Services.