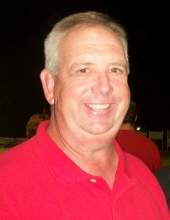 Chris lived his entire life on the south side of Paducah and loved his neighborhood. He graduated from Reidland High School in 1979 where he played football, participated in band and choir and was a member of FFA. He was a proud alumni, still attending basketball and football games until the McCracken County consolidation where he continued to support the sports teams.

Chris started his career at Premier Fire while he was still in high school, and was a loyal employee for 32 years. He finished his career at Baptist Health Paducah in the Engineering department.

Chris loved to be outside. He was passionate about hunting, fishing, cows and tractors. His second passion was University of Kentucky sports. He enjoyed basketball, but football was his favorite. Every fall you could find him either tending to his cows or at Commonwealth Stadium faithfully watching his Wildcats to the bitter end. His third passion was music. Chris was a member of Heartland Worship Center, where he had once participated in the choir and performed solos.

He was preceded in death by his mother, Joan Lawrence Page.

Funeral services will be held at 11:00 a.m. on Monday, February 25, 2019 at Milner & Orr Funeral Home of Paducah with Rev. Don Young officiating. Burial will follow at Woodlawn Memorial Gardens.

Expressions of sympathy may take the form of contributions to, Huntington’s Disease Association of America KY Chapter, 982 Eastern Parkway Louisville, KY 40217 or online at HDSA.org.