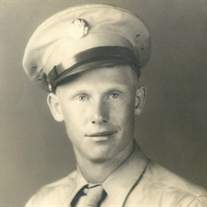 Mr. Wallace was a self-employed home builder, a veteran of the US Army during WWII, a member of American Legion Post 31, and of the Baptist faith.

Funeral services will be held at 1:00 PM Saturday, June 17, 2017 at Hughes Funeral Home in Paducah with Bro. Richard Dobbs officiating. Burial with military honors will follow at Woodlawn Memorial Gardens in Paducah.

Visitation will be from 11:00 AM until service time Saturday at the funeral home.

Expressions of sympathy may take the form of donations made to Oaks Church of God, 4830 Oaks Rd., Paducah, KY 42003.