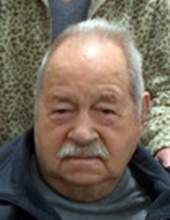 Donald L. Brown, age 88, of Paducah, KY was called home to be with his Lord and Savior on Sunday, May 19, 2019 at Superior Care Home surrounded by his loving family. Donald was of Baptist faith and a veteran of U.S. Army.
Donald was founder and owner of Brown’s Radiator Service. He was first introduced to radiators at his employment at the former Modine Manufacturing Company. Donald was the founder and owner of Browns Plating Service, and along with his family turned the company into an international company. He enjoyed traveling and was very much a people person as he enjoyed talking to people. He became friends with many of the patients at the Superior Care Home and many became his “ buddy.” Donald was very proud veteran of the Army and liked to talk about his time serving his country.
Survivors include his wife of 66 years, Mary Alice Powell Brown; one daughter, Debbie Brown; twin sons, Donnie Brown (Katrina) and Ronnie Brown all of Paducah, three grandchildren, Tiffany, Cody and Zachary Brown; two step-grandchildren, Dillon & Emily Sheppard; several nieces and nephews.
He was proceeded in death by his parents, Allie Marion Brown and Mary Louise Kelker Brown, 3 brothers and 1 sister.
The family would like to thank the staff of Superior Care Home for the care they provided.
Private graveside services will be held at Woodlawn Memorial Gardens with Danny Orazine officiating.
Expression of sympathy may be made to the charity of choice.
Arrangements made by Milner & Orr Funeral Home of Paducah.