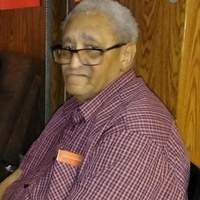 Edward was a former member of the Ninth Street Church of Christ and was formerly employed in maintenance with both the Illinois Central Gulf Railroad and the Greyhound Bus Company.

He was preceded in death by his parents, John Miles Mason and Ruby Helm Mason; one son, Connor Mason; two brothers and three sisters.