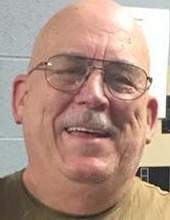 Harold Thomas "Teto" Clark, 72, of Paducah, Kentucky passed away at 3:30 p.m. Sunday, April 16, 2017 at his residence. He was a native of Paducah, Kentucky. Teto served various duties for the McCracken County Sheriff's Department including leading the circle morning prayer before each day began. He had worked 18 years with Illinois Central Railroad. Teto was retired from ANR Advanced Transportation Company. He served as Chief of the Paducah City Police Department Auxiallary. Teto was a member of Lone Oak First Baptist Church where he served as Security Officer. He was a member of the Teamster Union and the Fraternal Order of Police and served in the United States Navy.

Milner & Orr Funeral Home and Cremation Services of Paducah is in charge of arrangements.