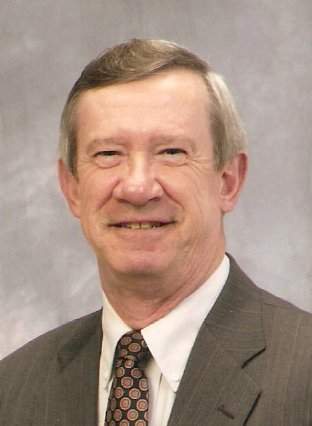 Howard L. Alexander, 74 of Jackson, died April 17, 2017, at Southeast Hospital in Cape Girardeau, due to complications from a fall he experienced on April 7, 2017.

He was born August 18, 1942, in Paducah, Kentucky, the youngest son of Edward and Olear (McChristian) Alexander. He married Sherron Slusmeyer August 14, 1965.

Howard graduated from Heath High School in Paducah in 1961 and from Murray State University in 1965 with a degree in Elementary Education. He received a Master's Degree in School Administration from Murray State in 1968. He taught school in Festus, Missouri, from 1965 - 1970. He was an Elementary Principal with the Jackson School District from 1970-1986 and was Business Manager from 1986 until he retired from the field of Education in 1995. He then got his license as a real estate sales associate and worked out of the office of Century 21 Ashland Realty of Cape Girardeau from 1996 until his death. He found great satisfaction in selling homes to former students.

Howard's civic organizations include a former member and president of the Jackson Rotary Club, active member on the Board of Directors of the Jackson Chamber of Commerce, American Red Cross, United Way, and Jackson Jaycees where he served as local president, District Director, and was Jaycees State Vice President when Missouri marched Number One in the Parade of States in Atlantic City, New Jersey.

Howard was a member of New McKendree United Methodist Church where he served as former chairman of Pastor - Parish Relations Committee, and other leadership positions. He was chairman of the Hospitality Team at the South Campus location at the time of his death.

He is survived by his wife, Sherron Alexander of Jackson; a son Todd (Debra) Alexander and three granddaughters, Casey (Brandon) Kuehn, Maria (fiancé Brendan Adams) Popp, and Payton Alexander all of Cape Girardeau.

He was preceded in death by his parents and five siblings.

Visitation will be from 4-8 p.m. Thursday April 20, 2017, at McCombs Funeral Home and Cremation Center in Jackson.

Burial will be at 2 p.m. at Woodlawn Memorial Gardens in Paducah.

Memorials may be made to New McKendree United Methodist Church or to Jackson R-2 School Foundation.