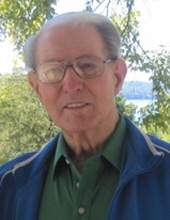 James “Jim” Sanders, 91, of Paducah, Kentucky passed away at 7:00 p.m. Tuesday, April 9, 2019 at Southgate Nursing and Rehabilitation Center in Metropolis, Illinois. Jim was born in Humboldt, Tennessee. He was retired Manager for Commercial Credit. Jim was a member of Lone Oak First Baptist Church. He received his Bachelors Degree in Business from Murray State University. Jim served in the United States Army during World War II and was stationed in the Philippines.

Jim was preceded in death by his parents, Will James Sanders and Pauline Johnson Sanders Little and four sisters.