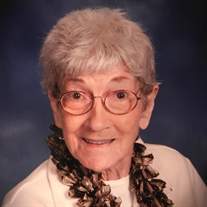 She was a member of the Clarks River Baptist Church, and she was retired from AT&T Telephone Company.

In lieu of flowers, expressions of sympathy can be made to the Mayfield-Graves County Senior Citizens, 901 North 15th Street, Mayfield, Ky 42066.