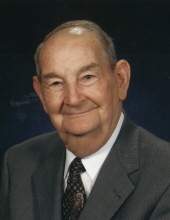 Mr. Riley was a retired sheet metal worker for Triangle Enterprises. He was a member of Bellview Baptist Church, Sheet Metal Workers Local #110 and was a U.S. Navy WWII veteran.

He was preceded in death by three brothers, Silas Riley, Richard Riley and Tom Riley. His parents were Theron Platte Riley and Ruth Franklin Coram Riley.

Funeral services will be held at 12 noon on Wednesday, June 20, 2018 at Milner & Orr Funeral Home of Paducah with Rev. Eugene Howard officiating. Entombment will follow at Woodlawn Memorial Gardens with Military Honors.