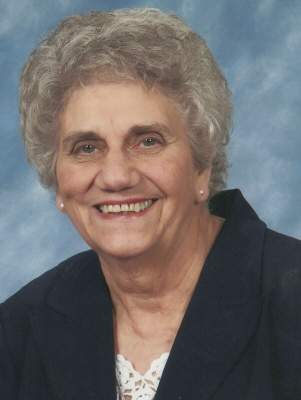 Her school years were spent in Memphis, where she studied classical piano for nine years, was active in the International Order of Rainbow Girls, and graduated from Central High School.  She attended Murray State University, majoring in English.  After college she worked in Detroit, Michigan for the Chrysler Corporation.

In 1950, she married William L. Hughes.  Marie spent a decade traveling extensively both in the US and abroad.  She lived in Michigan, Florida, Cuba, Panama, and Jamaica before returning to settle permanently in Paducah.

Marie was a member of First Presbyterian Church and involved in a number of service organizations, including the Alpha Epsilon Chapter of Epsilon Sigma Alpha International.  She was a founding member and president of Parents Without Partners and received the Duchess of Paducah award on 1971. She loved ballroom dancing and was an instructor with the Ruth Johnson Studio, winning trophies and awards in the category of Latin dances.  She also enjoyed assisting with productions at the Market House Theather.  An avid reader, it was not unusual for her to finish two books a day.  She was also a big fan of the St. Louis Cardinals and Kentucky Wildcats.

Over the years, Marie was employed with Westminster Presbyterian Church, Barbara’s Uniforms, Lecorp, Inc., Jimmy’s Market, Story Electric, and later, with family friends Les and Beverly Kopischke at Ko-Star Galleries.  She especially loved wildlife prints and filled her home with them.

In 1974, Marie married William W. “Bill” Cobb, her beloved husband of 29 years.  They relocated to West Paducah and together raised a blended family of seven children.  They were members of Milburn Chapel Cumberland Presbyterian Church, active in the Heath Athletic and Band Boosters.  Bill Cobb lost his battle with Parkinson’s Disease in 2003.