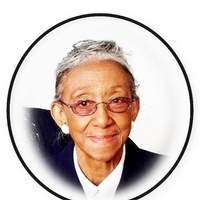 Mrs. Hawkins was a member of Harrison Street Missionary Baptist Church where she served on the Mother's Board, Culinary Arts Committee, Youth Ministry, Welcoming Committee and the Missionary/Outreach Committee. She was also a member of the Church Women United. She was an educator retiree of the Paducah Independent School District head start program.

She is survived by three sons, Robert Dennis Hawkins of Indianapolis, IN, Henderson Hawkins Jr. and Samuel K. Hawkins I, both of Paducah; 22 grandchildren; 39 great-grandchildren; one great great-granddaughter; three brothers, Theodore F. Stephens of Gary, IN, Davy R. Stephens of Merrillville, IN and Winston M. Stephens of Nashville, TN; one sister, Barbara Flowers of San Dimas, CA; several nieces, nephews, and cousins.

She was preceded in death by her husband Henderson Hawkins, Sr.; two sons, Leslie Howard Hawkins and Gregory Stephens, Sr.; one daughter, Veloria Virginia Hawkins McClellon, one brother and five sisters. Her parents were Robert Stephens and Earline Jordan Stephens.