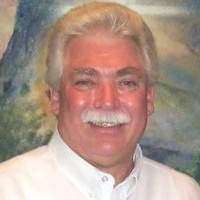 He was ; employed by Saber Management; Graduate of Lowes High School: served as a minister for 14 years; member of Christ Church in Little Rock AR; member of Bethel fellowship Church in Murray KY; KY Colonel; Licensed auctioneer for TX and KY; served as an evangelist for 16 years; attended college in Waco TX; and former president of the Jaycees Paducah Chapter.

He was preceded in death by one brother, Ronnie Wright and his parents Will and Sue West Wright.