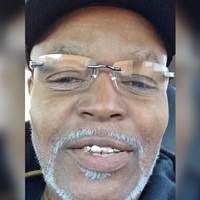 He was a member of Harrison Street Missionary Baptist Church and was a graduate from West Kentucky Community and Technical College. He was also a veteran of the U.S. Marine Corps serving during the Vietnam Era.

He was preceded in death by his parents; James R. Jackson and Catherine J. Sallee and three brothers.

Friends may also call at the church on Friday from 10:00 a.m. until the funeral hour.