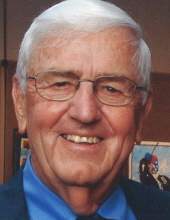 Bill Schroeder, 85, of Paducah, KY passed away at 4:22 p.m. Saturday, May 13, 2017 at his residence. Bill was a member of the former Mizpah Presbyterian Church. Bill attended Brazelton Junior High, and was a 1950 graduate of Paducah Tilghman High School. He attended Paducah Junior College and then was drafted into the U.S. Army during the Korean War. Bill founded Schroeder Publishing Company in 1969, and doing business as Collector Books in the basement of his home, Bill produced a best selling book in the field of antiques, "One Thousand Fruit Jars with Current Value". Since then Schroeder Publishing has become a leader in the field of antiques. He remained Founder and CEO until his retirement in 2012.

Bill envisioned the flood wall murals and contacted many local business leaders and friends who donated to make the flood wall project a success. Locating a renowned muralist, Robert Dafford, made this project complete. The Expo Center adjacent to the Julian Carroll Convention Center is named in honor of the Schroeders. Community leaders have lauded Bill and Meredith Schroeder for their contributions to the area. Bill has been honored with the Duke of Paducah, Kentucky Colonel and the Rotary Club, Paul Harris Fellowship Award. Bill has served on several boards and the Paducah Bank Holding Company which he helped co-found.

His greatest love was for his family, hunting, fishing and Paducah.

Expression of sympathy may be made to The National Quilt Museum, 215 Jefferson Street, Paducah, KY 42001

Arrangements made by Milner & Orr Funeral Home and Cremation Services of Paducah.